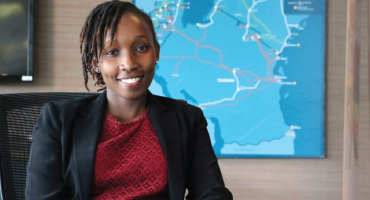 Trade has grown tremendously over the years due to improved relations among countries, expanded trading channels, as well as easing of tariffs. Trade has brought about strong ties, relationships, and benefits between member countries over the years, including the increase in the Gross Domestic Product (GDP) of the countries involved.

As trade with other countries grows, the National Electronic Single Window System Bill, once enacted will help facilitate international trade and aid in the provision of electronic transactions. Upon legislation, the National Electronic Single Window Bill will bring a big change. It will impact on Kenya’s trade to the benefit of traders locally and regionally. The process of importing and exporting in Kenya has been known to be bureaucratic and expensive due to the logistical issues. However, before the Single Window System also known as Kenya TradeNet System, traders would move from one office to another to acquire documents that would allow them to either import or export. The challenge of acquiring these documents was that most offices were far apart. This meant extra costs for travel expenses as well as more time sent to move from one office to another.

Time and costs are worth saving. Convenience is also important to people. The passage and enactment of the Bill will thus be of great value and convenience to traders. This is because the National Single Window system will ensure reduced costs and time in acquiring the documents. It will also offer convenience through a paperless application for permits by traders on a 24/7 basis and security in terms of the processes of payments for traders.

It is worth noting that the ease of doing business, as well as trade facilitation, play a major role in increased trading. This can be proven by the recent World Bank Group findings on the impact of the Kenya TradeNet System in Kenya. The findings highlighted the benefits of cost reduction, improved connectivity, security and procedures, reduction in time and number of processing pre-import documents and enhanced efficiency. Others were productivity and consistency in operations of government agencies, enhanced efficiency, productivity and consistency in operations of private sector organizations, improved governance, accountability, and transparency,

This is in addition to faster clearance and release of cargo, improved compliance, revenue collection and traceability, improved collaboration between government agencies and enhanced reporting and availability of trade facilitation statistics

The benefits of the National Electronic Single Window 2019 Bill are tremendous and beneficial to agencies and traders. In a nutshell, the passage of this Bill will bring about increased trade. This will reflect on the country’s trade.

The author is a PR & Communications Practitioner with Tafsiri Group