The legal challenges and opportunities for youths in trade business 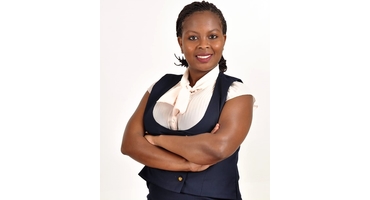 Before the promulgation of the new Constitution of Kenya in the year 2010, there was a single government with three arms; one of which was specifically tasked with the formulation of laws governing trade in Kenya.

Trade was governed by International and regional treaties and conventions together with national laws such as the Trade Dispute Act CAP 234 and Trade Licensing Act CAP 497 (Both repealed) and one had to make a formal application to the commercial registrar for a license, pay the requisite fee and obtain a Certificate for trading. The applicant also hand the opportunity to appeal to the regional appeal board upon dissatisfaction of the registrar’s decision.

Post 2010 brought in a new era categorized by the introduction of a digitized trade system and the emergence of the 47 counties, which were tasked individually with legislation on trade matters; including the processes of obtaining permits and licenses .This triggered the enactment of trade laws such as the Mombasa County Trade License Act, 2014 and several bills such as the Laikipia County Trade Bill, 2014 aimed at regulating trade at the county level .The National government on the other hand, was tasked with legislating regional and international laws on trade   .

This however, created a gap as to the responsibilities of enactment of national legislation which can be seen by the lack of clear laws with regards to trade. Several challenges have therefore, arisen out of the foregoing which impacted negatively on the youths in or intending to trade. The challenges includes lack of information on trade and the necessary permits, licenses and procedures to be followed; Stringent trade rules and regulations (See Trade Remedies Act, 2017);Complex and demanding trading procedures; lack for adequate financial capital for business registration and trade activities; Stereotype notion that trade activities are expensive and require special connections and; the runaway corruption in the county and national level.

It is believed that more good comes with change and Kenya can now attest to this as the challenge on the procedures have been addressed by  Kenya Trade Network Agency (a State Corporation under the National Treasury established in in January 2011 to implement, manage National Electronic Single Window System and to facilitate trade.

Youths can easily access information and comply with the legal requirements for trade business fromInfotrade Kenya portal, grasp opportunities as to jobs, tenders on trade, trade forums, expansion of businesses, ease in imports and exports. But, are the youths aware of this?Unfortunately most youths are not aware and there is need for awareness creation by the government on all trade matter including laws. Also, Youths have to make an effort to learn about as ignorance is never a defense.

The author is an advocate of the High Court of Kenya, practicing in the firm of J. Maluki & Company Advocates. Ruth is passionate in matters human rights and an active member of UNCTAD Kenya and the East African Ambassadorial Platform.