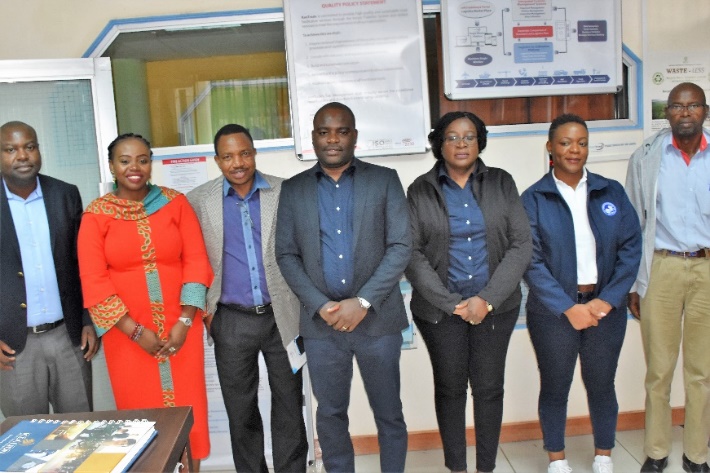 A delegation from Zambia Pensions and Insurance Authority visited our head office in Nairobi for consultative meeting and benchmarking. The area of interest was the Marine Cargo Insurance (MCI) implementation in Kenya and especially  the role of KenTrade in the automation of the MCI certificates through the Kenya TradeNet System. They were led by the ISCOS secretariat team of Mr. Clement W. Kamendu and Alex Kanyama Zulu and were received by our representatives Mr Daniel Kiange(Manager,Trade Facilitation) and Mwanaulu Issa( Senior Business Analyst and MCI Project Team Lead)